Godzilla: King of the Monsters and the Making of a Cinematic Universe

Hollywood loves its cinematic universes — series of movies that exist in the same canon and eventually converge into larger and larger-scale crossovers. Marvel more or less started the universe trend with 2012’s box-office goliath The Avengers, and the formula has been applied (to various levels of financial success) from DC to horror movies to cartoons. One of the many spawns of this new multiverse model is the “Monster-verse,” which began with Legendary’s 2014 Godzilla and continued with 2017’s Kong: Skull Island. Godzilla: King of the Monsters, the third entry in the formal cinematic universe, combines the conventions of the universe-model with the established Godzilla mythos for a modern, action-packed adventure.

The story of the film wastes no time establishing that despite the title being about Godzilla himself, this is very much a crossover movie with a variety of monsters from the franchise. There are references to monsters like King Kong, who as an American property, only entered Godzilla mythos several years after the original 1954 Japanese production of Gojira. The four real stars of King of the Monsters are Godzilla, Mothra (Godzilla’s giant moth ‘sidekick’), Ghidora (a three-headed monster and Godzilla’s main rival), and Rodan (a fire-breathing dragon and another antagonist for Godzilla and Mothra).

Because we don’t really expect Godzilla and Ghidora to get into a heated verbal debate on their goals of protecting or destroying the earth, the fights throughout the film are supplemented through the story of a team of human scientists and military personnel through an international organization called Monarch. Monarch is devoted to studying and maintaining the locations of monsters around the world as they race against an eco-terrorist organization, which is bent on releasing the monsters to destroy human civilization and return the planet to its ecological equilibrium. The human-focused scenes more often than not serve to set up the setting and situation for the next giant monster fight; but in the wake of Endgame, their intermittent forays into issues of ecology, civilization, and resources can’t help but come across as coincidentally Thanos-ian.

And speaking of the MCU, King of the Monsters is a movie that really contemplates its own place both within Legendary’s cinematic ‘monster-verse’ as well as the broader canon of kaiju films. The film’s continuity from the series’ earlier entries is contrasted with its introduction of several new characters and plot points, but that’s really the case with almost every cinematic universe. The film contains multiple enjoyable references and parallels to the original 1954 Gojira, although the fast-paced tone of King of the Monsters varies greatly from that original film’s nuclear-age allegory or the weightier Toho-produced Shin Godzilla. This new film does its own thing, and the cinematic-universe conventions it employs (right down to the post-credits scene) establish a noted attempt at its own direction and vision for popular audiences.

Ultimately, the draw of this movie (and really Legendary’s monster-verse) is very much the visual spectacle and the colossal action scenes; human drama and kaiju trivia are secondary considerations that may or may not thrill different audiences. All things considered though, that action is fun, the monster fights are well-choreographed, and Godzilla: King of the Monsters has every making of an enjoyable summer smash. 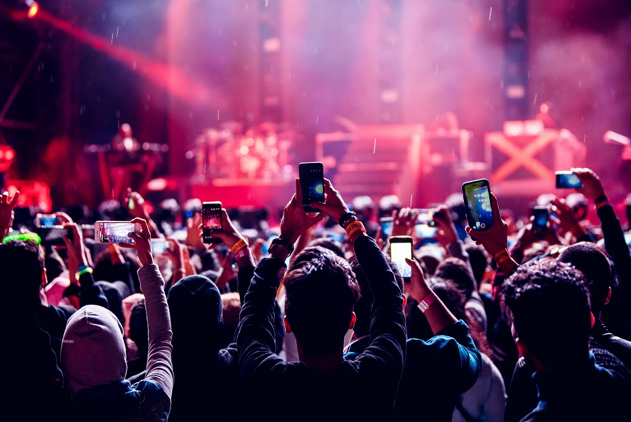 From Fandoms to Fanatics: What Does it Mean to be a Fan?