In Between Virgin and Venus

What is the Madonna-whore complex, and why is it absolutely everywhere in our culture at Tulane? Freud once wrote about this phenomena, saying “Where such men love they have no desire and where they desire they cannot love.” This psychological complex outlines relationships in which men cannot love women who have been in sexual relationships with previous men, but cannot desire women who have never slept with anyone before. In short, men with this complex often envision their ideal woman as someone who is simultaneously a virgin and a slut, which of course cannot exist. In my experience, this psychological complex is everywhere in the world, following me around my teenage years and later finding its way to infiltrate Tulane.

In high school, it took form as a race between friends to see who would lose their virginity first, and then that race quickly turned into a judgmental conversation of who had a higher body count (if it was over 3 people you were a slut, of course). Boys would rank their best hookups in the locker room, and then label those same girls as “ran through” if they’d kissed more than one boy. Girls who hooked up with guys from the same friend group were labeled “homie hoppers” and would be sworn off, while guys would do the same thing and get praised for their behavior. Whatever you wore to a house party immediately became a signifier of how many times you’d had sex (it was never enough times, and simultaneously too many times).

It’s no different in college, now taking the form of concerns regarding appearance and reputation. The culture of sex at Tulane makes me feel as if women are never correct, no matter what they do in a relationship. Whether it be a one night stand, a six month relationship or even just a platonic friendship, we have to be palatable for the men who surround us. It feels as if we have to be perfectly plucked and smooth, no body hair in sight because body hair means you’re not getting any. But if you shave everything off, you’re perverted and have sex too often. And you need clear skin and nice makeup, but it can’t be too much makeup or else you’ll look like a slut. And your outfit for The Palms needs to have just the right amount of skin showing. But if your nipples show, you’re basically asking for it. And god forbid you show up to a frat in anything other than a black I.AM.GIA micromini…if guys can see up your skirt they’ll want to fuck you. But also if you wear that short skirt, you’re ran through. And you also have to let the boys come to you. And you can’t latch onto whoever you have a crush on. And you have to act like you’ve never hooked up with anybody else on campus. And you have to also kiss every hot pledge that approaches you. And you can’t make out with more than a couple guys from the same frat. And you also have to give every member of that sports team all your attention. And when one of them rapes you, you can’t tell anybody about it because you’ll be used goods. And it’ll be your fault because you’re not a virgin. And you still have to be an advocate for survivors because women need to be liberated and open about their sexuality. And you can’t talk about your specific hookups because that’s trashy psycho behavior. And when you hear your name get thrown around by the guys in the Commons, you have to just smile and pretend like you didn’t hear them talk about your body like that. And you have to wear a slutty Mardi Gras outfit. And you have to go to class and pretend nobody saw your bare ass two days before. And at Tulane, you’re just never enough of a virgin. And at Tulane, you’re always too much of a slut.

So in my case, no matter what I do in the Tulane dating scene, there’s this neverending internal pressure that I feel at the back of my skull telling me I’m doing it all wrong. It’s a primordial tug of right and wrong, self loathing and self affirmation, embarrassment and pride. In college, and life as a whole, it seems as if I have to be this Madonna and a whore at the same time, and constantly balance these two on a thin line, or else face public scrutiny.

There are some of us who have attempted to push these worries away, and do whatever makes us happy. I’d like to think I’m that girl, who does not give a flying fuck about anybody’s perception of me. But I’d be lying if I said that I didn’t care. It’s true, I don’t want to be too sexual of a being, but I often feel like my only social currency to some men on campus is what I can give them physically. If I’m not fuckable, I’m nothing. I’ve had men at Tulane tell me that I need to drink more so I’m easier for them to get with, and I’ve had the same men tell me I’m a slut for kissing two boys from the same frat. I’ve been called a prude, and I’ve also been called a man-eater. I’ve seen my own friends get shamed for drunkenly hooking up with their ex, and then the next day shamed again for turning down the guy at the Boot who asked her to give him a blowjob in the bathroom. Yes, guys perpetuate the complex constantly, but even the girls here do it too. Even my admittance of my own shame proves that I’ve internalized the problem and given it validity. I’ve walked back to my dorm and analyzed my outfits for endless hours, questioning if I look like I’m the type of girl who would give “it” away easily, and I’ve questioned if my body count has changed who I am as a person. I’ve allowed the Madonna-Whore complex to restrict me from doing what truly makes me happy, and I’m sure every girl reading this knows the semblance of the feeling, whether they realized the root cause or not. The Madonna-Whore complex quite literally wages a daily war that occurs on the battle grounds that are our bodies.

This isn’t a new phenomena for most women-identifying folks, I just think it’s something we don’t talk about enough. It’s something that has quite literally existed since the dawn of sexuality and the vocabulary used to describe it, yet it’s a topic we never unpack with our sexual partners. You can look at Renaissance paintings of the Virgin Mary, and though the story goes that she’s never had sex, she’s depicted as a sultry being of fertility and fidelity. Women have always been held to an unattainable standard of virtues that bind us to a daily ritual of overthinking our every action when it comes to romance, dress, and general way of acting, and it’s no different at Tulane. We can celebrate Sex Week, discuss consent for hours, and pass out condoms all we want, but it doesn’t change the attitude that the women on our campus are never good enough. It is beginning to feel like this reputation will follow us off campus and into the real world, and eventually to the grave.

So what’s the point then? I feel like I’m complaining about a complex that will never go away, and maybe I am just taking a shot into the dark to an audience who will click out of this article and forget about it after a few minutes. But maybe talking about it will do something? While there might not be an easy solution, my hope is that everybody can acknowledge their role in the endless cycle of expectations. 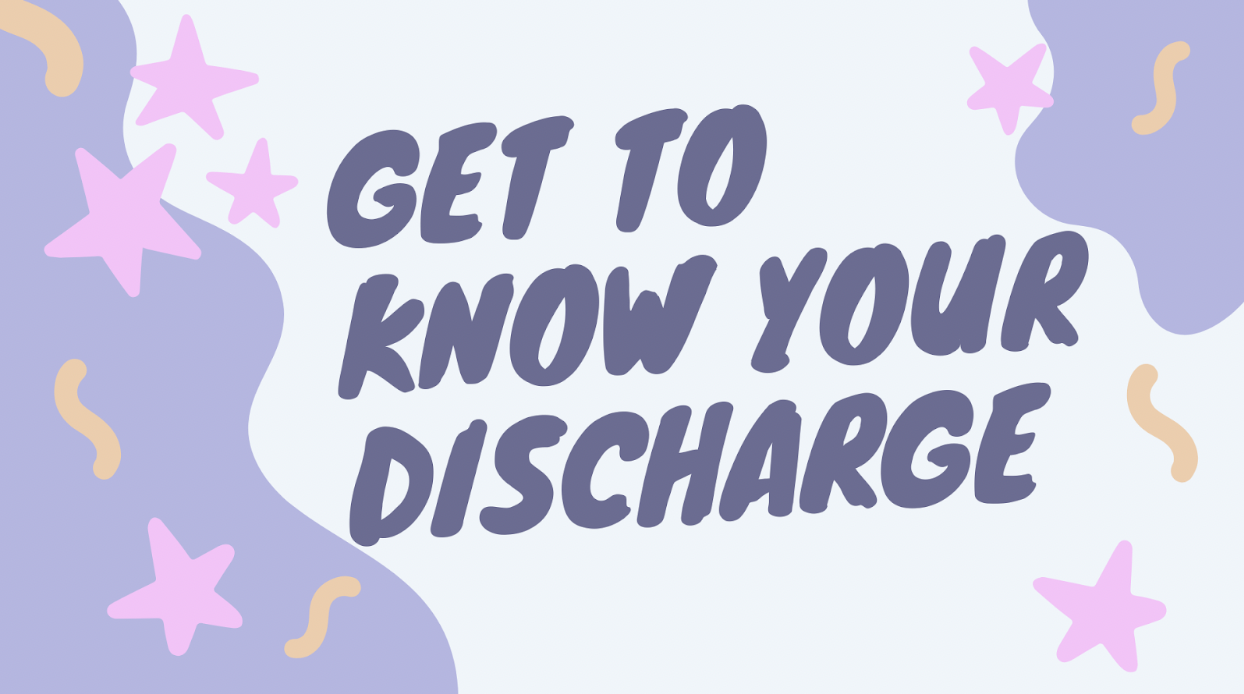 Not Just Blood: Fluids From the Vagina and What They Mean 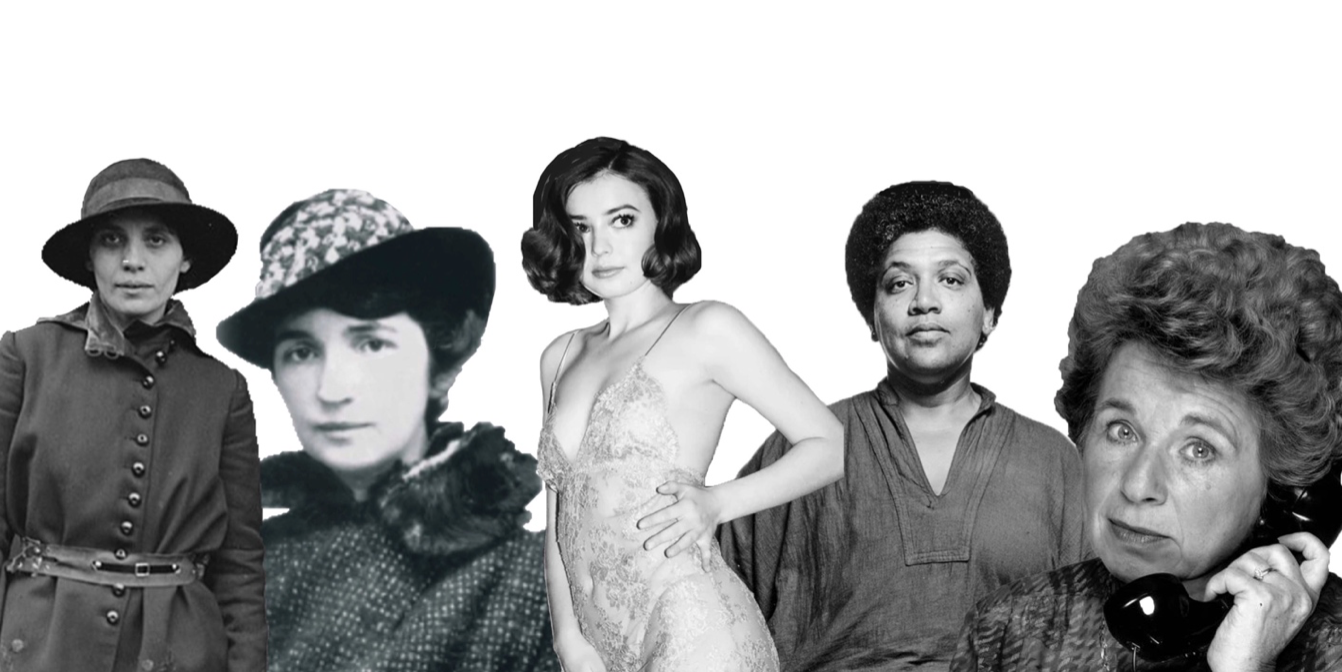 Sex Education: 5 Names You Should Know