Whether you love a short, captivating watch or something light that you’ll have to rely on for multiple seasons, there’s no better high than when you finally find a good TV show worth watching. Well, fear not, fellow binge-watchers: you may feel like you’ve exhausted all possible viable options, but hope is not lost. And while you’ve maybe wondered about what to watch next but didn’t have any good recommendations, I’m here to educate you on some amazing hidden gems – shows that I’ve watched and thought, why the hell isn’t anyone else watching this?! I’ve got more than five shows like that in my bank, but I thought we’d start with a small list that covers each relative genre that Tulane students tend to enjoy.

While Yellowjackets’ first season is only 10 episodes long, it’s guaranteed to have you hooked within the first ten minutes. Constantly shifting between 1996 and 2021, the show chronicles a high school female soccer team’s fight to survive when their plane crashes into the Ontario Wilderness, then further details the remnants of their trauma as grown adults 25 years later. Forced to fend for themselves for 19 months, the ones who managed to live resort to Lord of the Flies-esque techniques, developing convoluted morals that they never fully abandon post-crash. The truth behind the girls’ motives and experiences are slowly unraveled throughout the season, with the stakes continuously being raised and the boundaries of female friendship pushed to its limits.

This one is probably not for the faint of heart – there is a good amount of blood, violence, and disturbing imagery involved, but the squeamish viewers who are still interested can accurately assume when it’s best to look away. Plus, the show’s already been renewed for a season 2, seeing as there’s still plenty more mystery to unravel by the end of season 1.

Where to Watch: HBOMax

This one goes out to everyone looking for a new comfort show – something that is light, happy, and takes place in the early 2000s. Everwood is reminiscent of shows like Gilmore Girls or Dawson’s Creek, standing at a healthy four seasons. The show centers around the Brown family: Dr. Andrew Brown, his son Ephraim, and his daughter Delia. As they acclimate into the very small town of Everwood, Colorado, their lives become intertwined with its residents through teenage drama, romantic relationships, and familial ties. It is the perfect mix of sweet and sentimental, guaranteed to be an enchanting, sometimes-emotional escape from the real world, with plenty of different characters to relate to. In addition to a very talented and heartwarming main cast, there are a myriad of cameos from then-unknown stars like Paul Wesley, Kate (Rooney) Mara, Kristen Bell, Justin Baldoni, Betty White, and so on.

Genre: Miniseries Drama (based on a true crime story)

Okay, this one might be cheating because it’s just coming out as I’m writing this, but I’m obsessed. Set in New York City circa the early 2010s, this true story centers on Anna Sorokin, also known through the alias Anna Delvey, the 26-year-old woman who conned basically anyone-who-was-anyone into thinking she was a German heiress with a fortune of millions before eventually being arrested. The plot details how exactly she managed to weasel her way into the top circles of fashion designers, philanthropists, Wall Street hotshots, etc., and the deceitful ways she used those around her to pay for her luxuries. Inventing Anna is perfect for fans of the American Crime Story series, and is another fantastic addition to the Shondaland name (i.e., Grey’s Anatomy, Bridgerton). And once you’re done watching, you can look up all the juicy details about the real Anna Delvey for yourself – I’ll tell you now, sh*t’s crazy.

Where to Watch: Fox website (with cable provider), Hulu

Perfect for fans of Glee or Smash, The Big Leap will have you laughing, crying, and screaming with its genius scriptwriting, wide range of characters (that you will become invested in), and heartbreaking revelations. This show-within-a-show details the making of the fictional dance-reality show The Big Leap, where ordinary contestants and drama-stirring producers work towards a live, slightly-nontraditional, and highly publicized rendition of ballet Swan Lake. There’s something for everyone within this show, which makes it a great family watch, and it is rooted enough in the real world to renew some hope for good in both humanity and art. The brilliant comedy is guaranteed to put a smile on your face, an impressive feat among the emphasis of heavily dramatic shows on the air right now. Most of us probably need a story about second chances and happy endings right now, and this one is all that and more.

There’s only one season as of right now, but it would truly be a crime if this show wasn’t renewed for a season 2 (which is being determined soon) – the only reason for it not to be would be because not enough people are aware of this diamond in the rough. Trust me on this one, and you won’t regret it. And if you don’t trust me, trust that its score of 100% on Rotten Tomatoes isn’t wrong.

Where to Watch: Hulu

Freeform’s The Bold Type is five seasons of hilarious dialogue, female empowerment, and boundless romance. Loosely based on the experiences of employees at Cosmopolitan Magazine, the show’s core lies with three inseparable best friends as they navigate careers at the renowned Scarlet Magazine: writer Jane, social media manager Kat, and aspiring fashion stylist Sutton. The Bold Type is perfect for fans of shows like Younger or Emily in Paris, bringing to the screen youthful, dynamic, and stylish energies but not shying away from the complexities of issues such as sexism, racism, and homophobia. The passion for the content within this show is palpable and felt as an audience, drawing you in and leading you to root for the success of the winsome characters. Watching this show will make you consider changing your career path entirely, just so you can have as much fun as these girls do while they freely live out the best of their 20s in New York City. 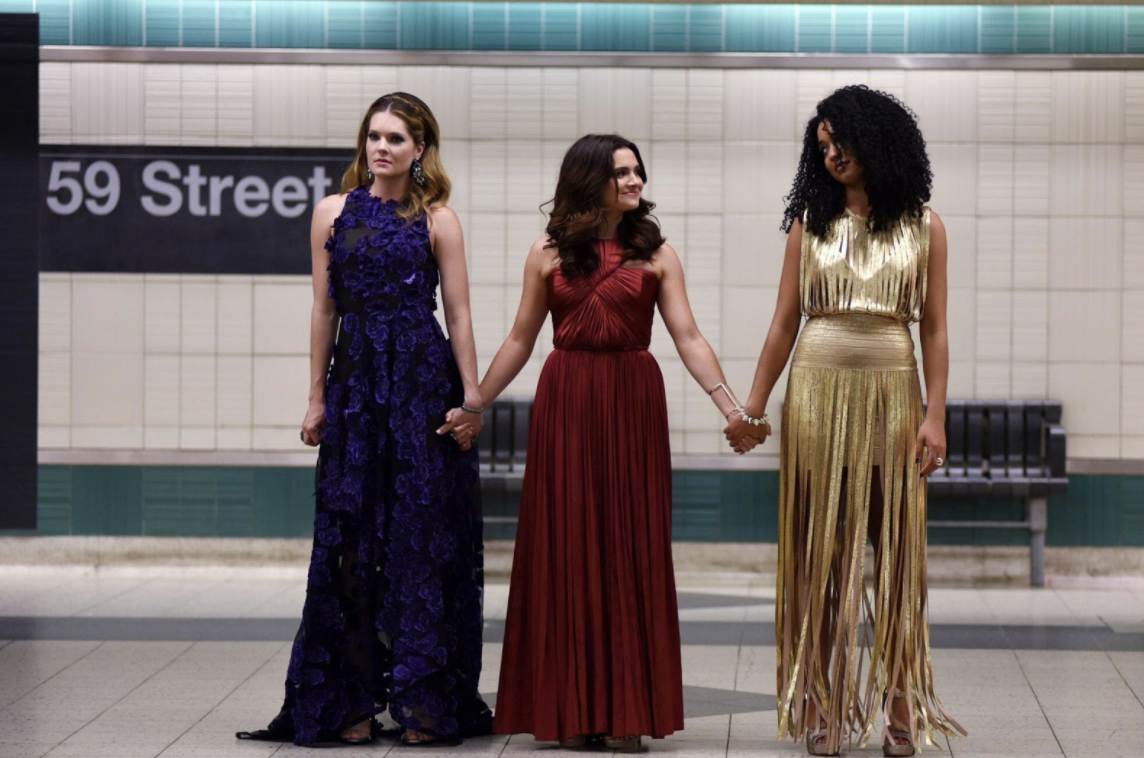 The Bold Type: Inspired By My Latest Binge-Watch 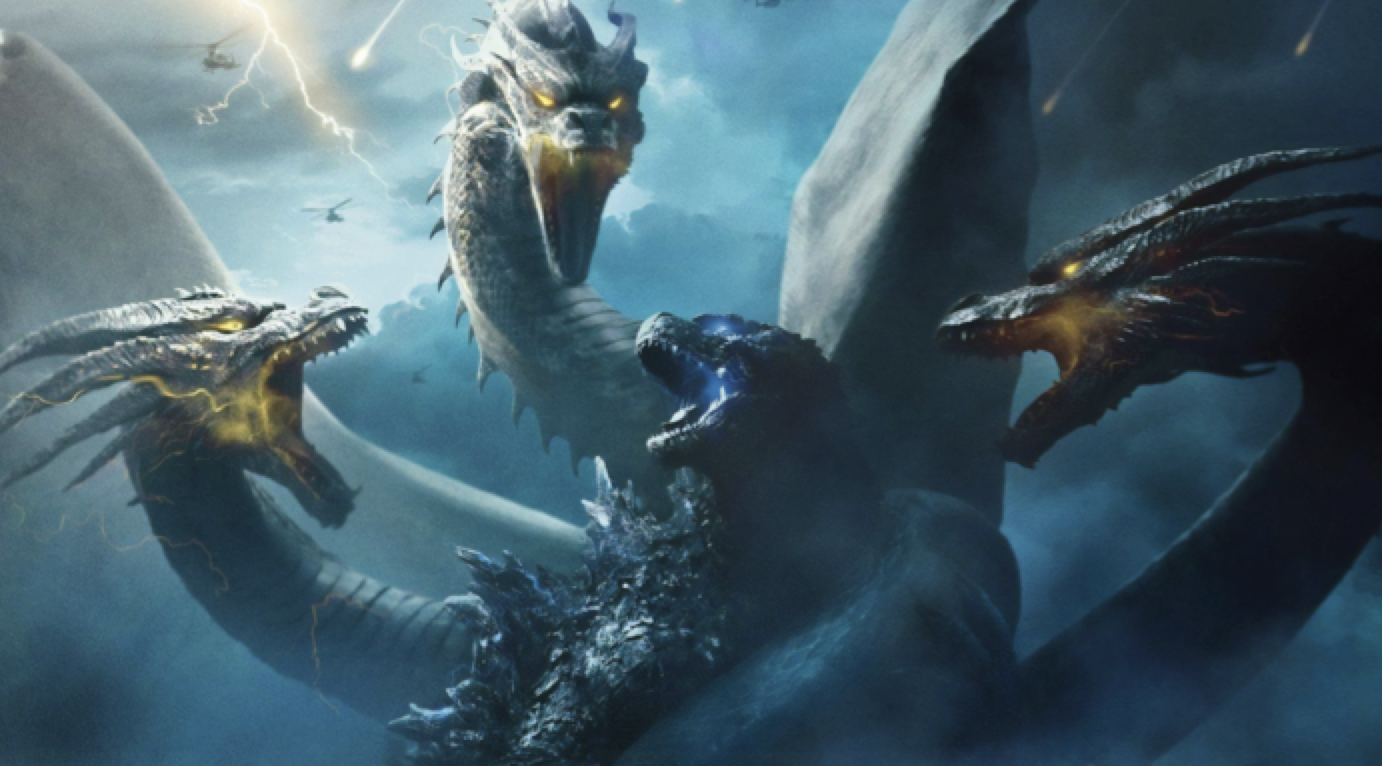 Godzilla: King of the Monsters and the Making of a Cinematic Universe